How to get benzene VOC vapors out of your house

My Own Science Project 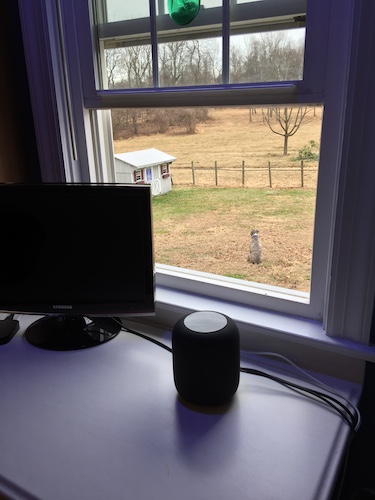 I started putting the pieces together. Benzene is a low-lying vapor which is heavier than air. Like a bubble, it floats around, but it always wants to go down if it can. Falling into low areas such as cracks and crevices in the floors. Often making its way into the corners behind furniture and to the lowest levels of the home. That’s why it’s always worse on a humid day, the humidity pulls the volatile organic compound vapors back up into the air.

That explains why I never liked to stur the air up. No fan, no vacuum cleaner unless the exhaust is out the window. It would stir up the tiny VOCs and the air would feel bad.

The VOC levels can read low in a home but the air quality can be poor. The low-lying vapors do not raise up high enough to allow the meter to read them.

The reason why my air filters appeared to work so well is because they blew the tiny vapors to another area of the room.

It also explains why such a small source can bother me so much, like the rubber on the tip of a pen, the VOCs hover and pool as they seep from the object that is emitting them. 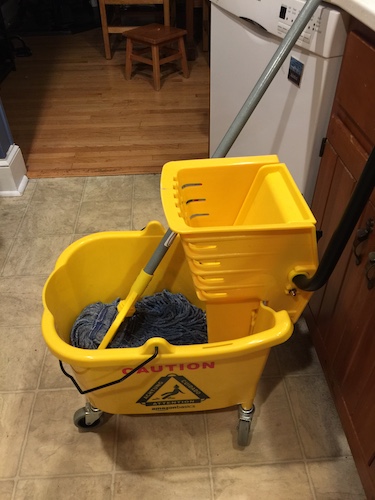 My feet had been tingling for days. I was feeling like I was losing the battle. If my theory is correct, after I mop this entire house from top to bottom, my body should feel better in general. I need to clean the low-lying vapors away with a big heavy 100% cotton mop. We had a New Year’s Eve party and I have not mopped since. A lot of VOC vapors would have build up from the guests, their clothing, one-time-use party plastics and containers of food the guests brought.

I’ve only just begun to figure all of this out. I am hoping it makes a big difference.

From what I read most of the VOC vapors will not dissolve in the water, but float on top of it. I will attempt to suck them into my industrial mop.

It’s 2:00am and I just finished mopping the downstairs rooms that were the strongest. I’m taking a shower before bed to wash off any vapors that may have landed on me. I must say that mopping indeed made the air feel fresher and I imagine it will feel even better when the humidity drops. 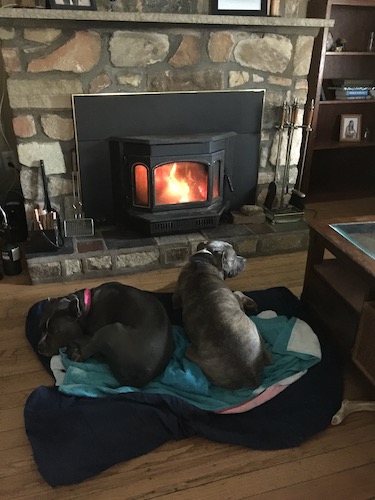 The next day... I do not feel that just mopping cleaned up all the benzene. Time to try something else. It was a 65F degree day. I blew air in some of the upstairs windows with fans and opened other select windows. I started fires in both downstairs wood burning stoves to create a vaccuum effect. The fires will force air out of the house and suck more into the open windows as the heat rushes out the chimneys. The goal was to have fresh air be pulled in from a high level in the home and go out the lowest ground level possible to suck out the VOC vapors. Our front door does not have a step going outside, so that should work as the lowest exit. I was able to get the air to do just that. Go in the upstairs and out the ground level. I had a nice strong breeze blowing in. I used a stack of papers to fan the air from places I thought would not feel the breeze. I opened the cabinets and drawers and fanned the corners of the rooms and behind furniture. This made a huge improvment. My house felt fresh.

I am going to continue to remove VOC sources, mop and air out the entire house often. Then designate where things go. Things that still contain a tag on an article of clothing, for example, will go to one end of the downstairs where the sewing tools are. Clean benzene-free things will go upstairs as much as possible. I will not be getting rid of everything. There will always be compromise, for example my phone, music, TV and lights.