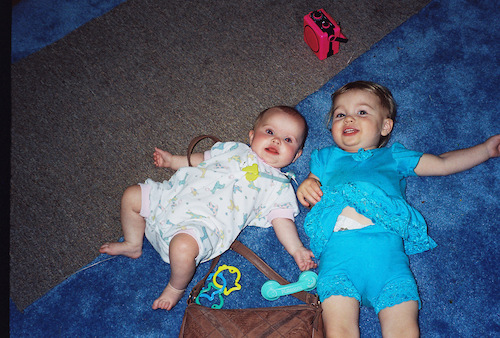 One of the worst places to lay your baby down or let them play is on top of carpeted floors that emit the low-lying VOC benzene. Even if you put the child on a blanket, the benzene vapors are heavier than air. They fall to the ground finding their way to cracks and crevices and remain low until something stirs them up. 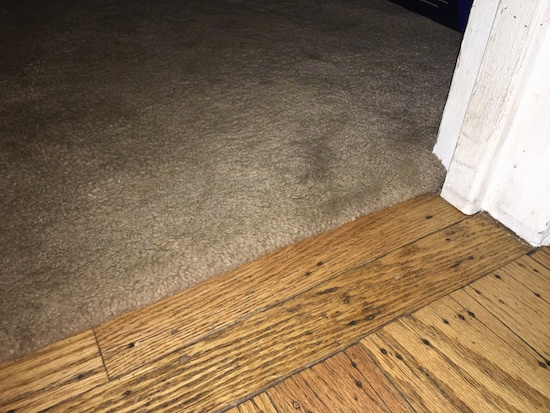 When I was in my 20s I figured out that carpets often made me cough. The blame was put on dust mites. We did all of the dust mite treatments only to have to eventually remove the carpet, because no amount of steam cleaning and dust mite killers would ever work. Removing the carpets would always greatly decreased and often stop my coughing.

After spending a lot of time dealing with a building that brought on my symptoms and a process of elimination, which led to the fiberglass lined ductwork as the conclusion to the cause, I became very aware of the symptoms and perhaps a lot more sensitive to them. I started to link the same sensations and symptoms of fiberglass exposure to my reaction to carpets. They were the same reactions, the same symptoms. Turns out it was the low-lying VOC vapor benzene which carpet backing emits. 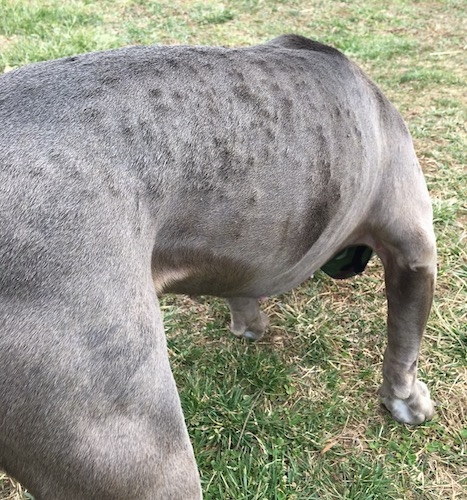 After spending time on carpets this dog always gets a skin rash. 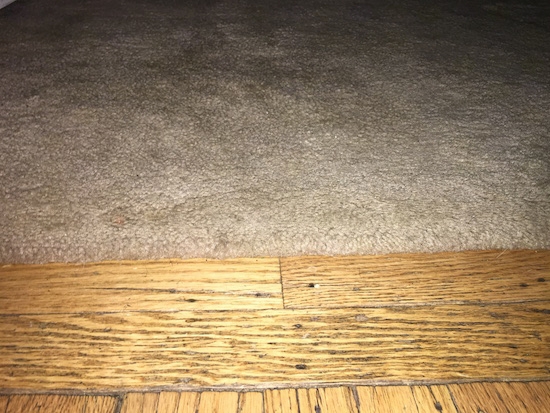 When a brand new car with leather seats brought on the symptoms and pointing the air vent at my face proved the air coming from the AC was fresh, I began to look for a common material between the carpet on the floor, the cloth padded ceiling and fiberglass insulation, only to discover that some carpet backings actually use a fiberglass liner under the carpet as part of the padding. It is a fiberglass reinforced layer used as a carpet stabilizer and insulator. Some foam carpet pad liners use tiny glass fibers in them to help hold them together providing an insulated strong padding under the carpet.

Carpets act as an allergy sponge, holding onto dust, VOCs and dirt where it settles deep down blow where a vaccume cannot clean. Not even a steam cleaner can fully clean the layer that gathers in and around the padding. Hard floor surfaces are always the better choice as they can be wet mopped.

If it all stayed beneath the floor there would be no problem, but it doesn't. It gets in the air. I do not get a skin rash when I touch the carpets, but rather respiratory problems.