My husband’s 26 year battle with ulcerative colitis... And how we beat it 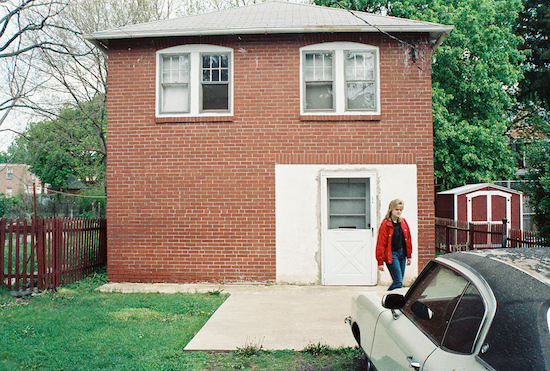 I married my husband in 1989. We lived in an old brick garage that was converted into a house which was built in the 1940s. 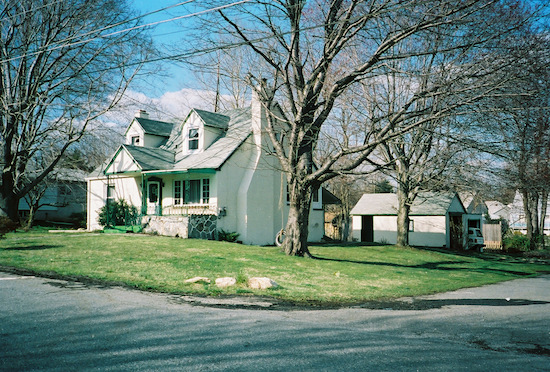 In 1991 we moved to a little cape cod that was built in 1945 with fiberglass later added to the attic, crawlspace and ductwork. Not too long before, the building where my husband worked had also lined all of the walls with fiberglass and added an HVAC system with ductwork that had the fiberglass lined on the inside. That’s when the problems began. My husband came down with a very bad case of ulcerative colitis that would last for the next 26 years. He was diagnosed with colitis, but some doctors would go back and forth between irritable bowel syndrome while others would toss around the idea of Crohn's disease. Our first two children were born while we lived in this house. 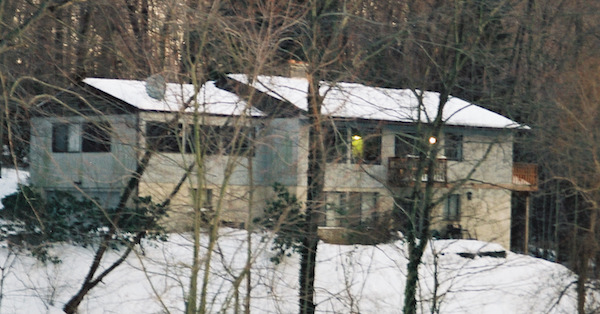 In 1994 we moved into a larger house that was built in 1980. My husband's illness worsened. He was in and out of the hospital a few times. When we bought the house the roof had a leak. I remember how it would drip into the kitchen sink when the snow on the roof would begin to melt. There was water damage on the wood siding as well and we fixed the roof and replaced the siding. Not once did it occur to us to also replace the water damaged fiberglass. It was while we lived in this house that our third child was born.

In 2001 we moved to an old farm house that was built in the 1800s that had additions built on through the years. My husband’s health improved somewhat, but it never completely went away. He always had to worry about locating a bathroom at any moment.

During all of this time I had my own share of health problems which I later realized were very similar to Fibromyalgia symptoms. The symptoms were...

See the full list of symptoms reported by others...

My respiratory problems were blamed on a dust mite allergy. We were always doing the typical dust mite treatments of removing carpet, allergy bed coverings and keeping the humidity low. I remember comparing notes with my now deceased stepmother-in-law and stepsister-in-law. We would all sit down and talk about how different buildings would make us sicker than others. Sadly my mother-in-law died from lung complications and my sister-in-law passed away from kidney problems. I often think about how if I had only figured this all out a little sooner perhaps their lives could have been saved.

My children grew up and moved out. In January of 2015 I moved my home office to an industrial building, which my husband owned. One of my daughters was living in an apartment in the same building and she was very ill. Diagnosed with Lyme disease, her kidneys were also giving her problems, her face broke out in cystic acne and she was not able to digest foods that contained gluten. She was on a PICC line (peripherally inserted central catheter) of antibiotics and often couch bound.

It was then that I noticed something was very, very wrong with the air in that building. I was beginning to get sick and sicker with each passing day. When the AC would kick on my chest would tighten, eyes would burn, getting dizzy and weak. Everyone else around me seemed to be oblivious. My stomach started acting up as well along with many other symtons. I later learned I too was having kidney problems. I started relating the sickness with the building. I would feel better when I left and would get worse when I came into work. I passed this information onto my daughter with a hunch that perhaps it was the apartment air that was making her sick. My stubborn child told me that was not the case. She had Lyme disease and mother, as always was wrong.

I could not give up. I became more and more convinced something was wrong with the air. It took a lot of nagging, but I got my husband to start gutting the building to find the culprit. We remove the carpets, painted all of the walls and floors and hired an exterminater to look for roaches or other bugs. Nothing they did relieved my symptoms. I could not give up however, because my sick daughter was living there refusing to move.

One day I googled some of my symptoms an a single post about a man who claimed he was sick due to airborne fiberglass came up. A lot of his symptoms matched mine. I asked my husband if the building had fiberglass in it. 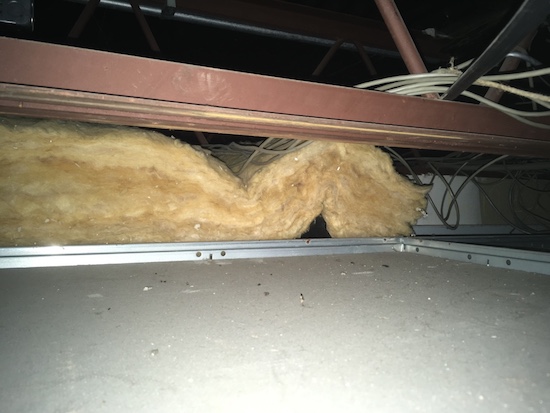 Yes, there were batts above every ceiling panel. 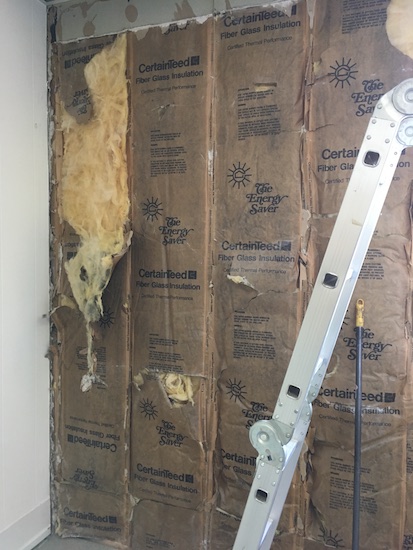 There was fiberglass behind the walls. 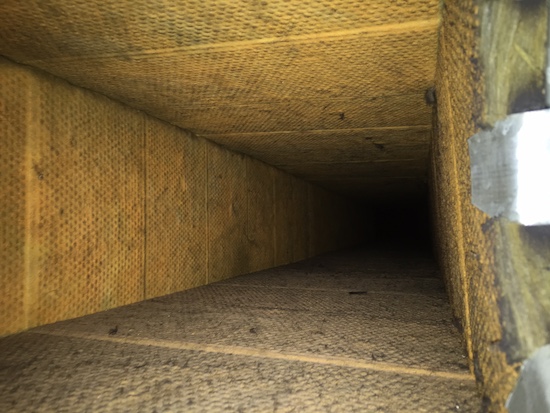 And the ductwork was lined on the inside with fiberglass where the air would blow past it dispersing little microscopic particles into the air!

So it began, we started removing all of the fiberglass. Every room that had it removed felt better than rooms that still had it. My lungs could feel the difference.

As the gutting of the building continued, my daughter moved out into a house that was built in the 1700s with limited fiberglass. After about 4 months she started to feel better. She was even able to start eating foods that contained gluten again with no problems. She felt well enough to drive to her old apartment and pick up a load of her belongings. When she unlocked the front door and walked in the air hit her like a ton of bricks. She ran back outside. Gathering her wits she took some deep breaths. She then held her breath and she ran into the building and grabbed a few things trying to breathe as little as possible. That’s when she became deftly aware that it was indeed the air that was causing her sickness. After being in ‘good air’ her body was rejecting the old ‘bad air’.

With this new confirmation at hand along with many other events that proved time and time again that fiberglass was the culprit, we also began to remove all of the fiberglass from our home and all of the other work buildings. My husband and I moved into our barn while the work was being done on our house. After about 6 months of living in a place with no fiberglass and avoiding it as best we could my husband’s 26 year long battle with colitis simply disappeared. So did my own sicknesses, including my kidney problems.

I have become very sensitive to airborne fiberglass as my body rejects it. My upper respiratory and airways alert me, whereas my husband does not directly feel it, but will later get sick after being in a bad air building. While I do not have brands memorized, I can smell the difference between different types. I can also feel it on people who have been in ‘bad air places'. My husband and I tossed all of our old clothes that spent a lot of time in places with fiberglass in the air as it does not wash out. We bought a ventless dryer and take a shower ASAP after we come back from going somewhere that has fiberglass in the air.

If my husband or daughter spend too much time in a place that has fiberglass in the air they get sick. My husband's colitis symptoms return. My daughter will feel like she has lyme disease again. For example, my husband and I went to a funeral where the building was loaded down with acoustical fiberglass. While at the funeral I became dizzy, with dry eyes with respiratory and sinus symptoms. The next day my husband’s colitis symptoms returned for 24 hours.

After 26 years of trying every thing we could think of including special diets, never did it occur to us that the air quality would be what kept my husband sick with ulcerative colitis.

Since all of this has come out many people have come forward making the connection between their own sickness and fiberglass. Along with the floating glass, I believe that the chemicals causing a lot of the health problems are the volatile organic compound (VOC) benzene and the semi-volatile organic compound (SVOC), phthalates. The single best advice I can give is to always remember... Air Matters.