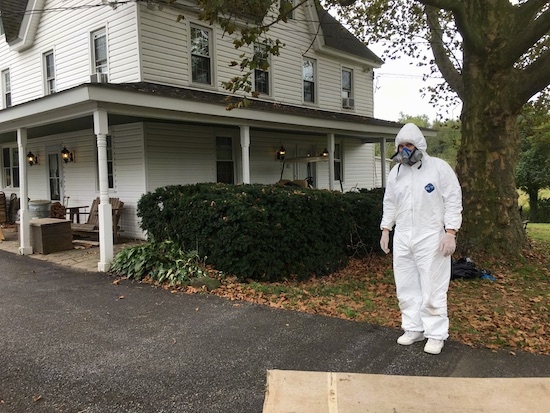 After figuring out that fiberglass was the culprit of my daughter and myself's sickness at the work building, we began to look at our own home and decided to remove it from there as well. We started with the basement and the 40 year old fiberglass in the craw space. 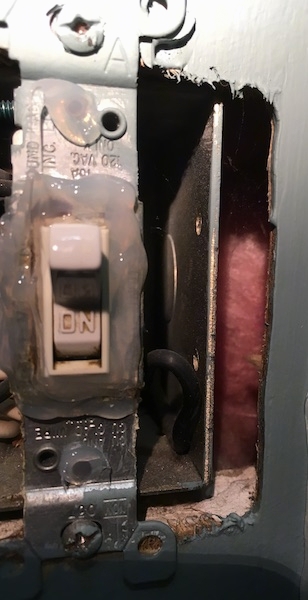 We also had fiberglass bats behind some of the walls in the newer sections of the house. 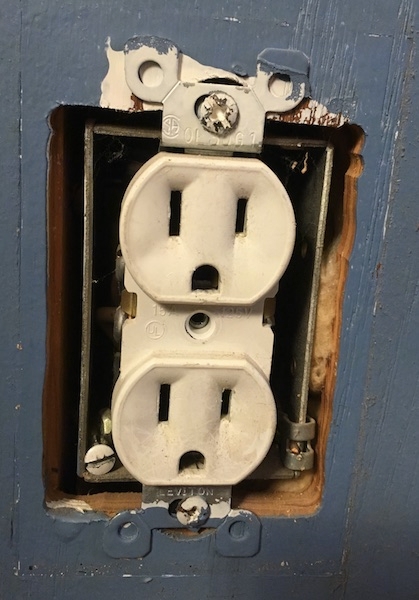 We began to work on the attic and the blown in fiberglass in the floor. However, after my husband removed one floor board and vacuumed out a small section it created an air pocket that opened the spun glass to an air current. 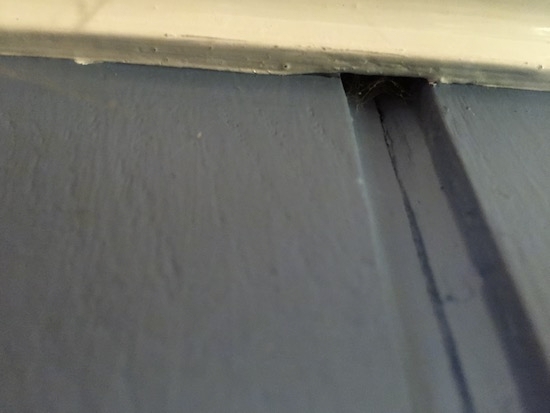 As small as it was, I could feel it coming from these holes in the kitchen where the paneling meets the trim. Along with at the top of the basement steps where the pipes and wires run up to the attic. And in various other places such as the air returns, the vents and coming out of the power outlets and light sockets.

It was enough to, after a week or so, make me walk out of the house one night and not return. The sickness was overwhelming. I could not only feel it, I could smell it.

The first night my husband and I slept in the car with the dogs. Luckily the kids were all off at college. My husband was not able to feel it, but he followed. He was not sure what to think at this point.

I had refused to go back into the house. The next day we set up a tent and slept in it for the next week while we hired an emergency crew to get the fiberglass out of our barn so we could move in there. The barn was a faster and much easier fix than the house. The house was going to take a lot of time. 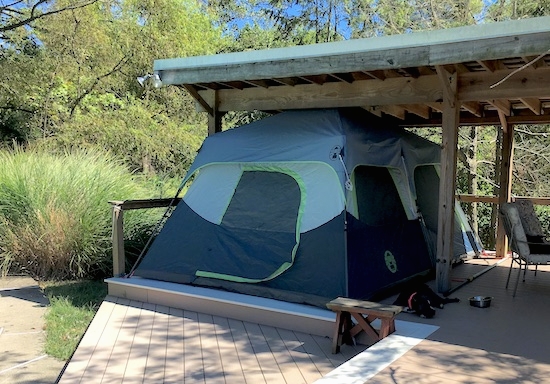 My husband was still not able to feel it in the air and he continued to go inside the house. He had to take a shower and put on fresh clothes each time, because I could feel it on him and it would make me sick. After about a week he suddenly got sick, too, along with repeated leg cramps. For the first time he could smell it. Not only in the air but coming out of his own skin the same way one can smell the alcohol on a drunk the next day even if they are not currently drinking. He had to stay out of it for about three days before it cleared his body. From that point on he wore a hazmat suit and a gas mask when entering the house. 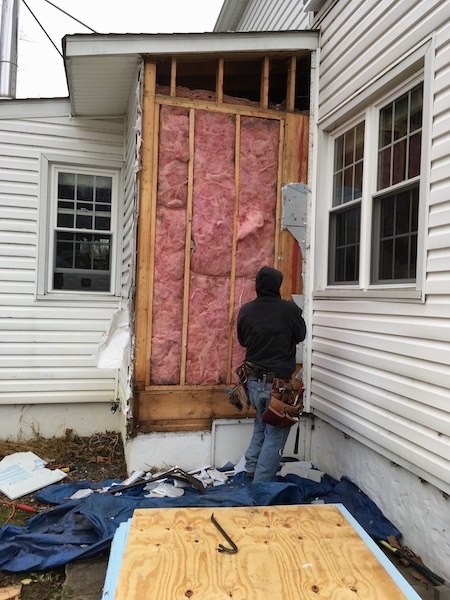 When the attic was halfway complete we hired a crew to get it out of our walls from the outside to cut back on the contamination inside the home. 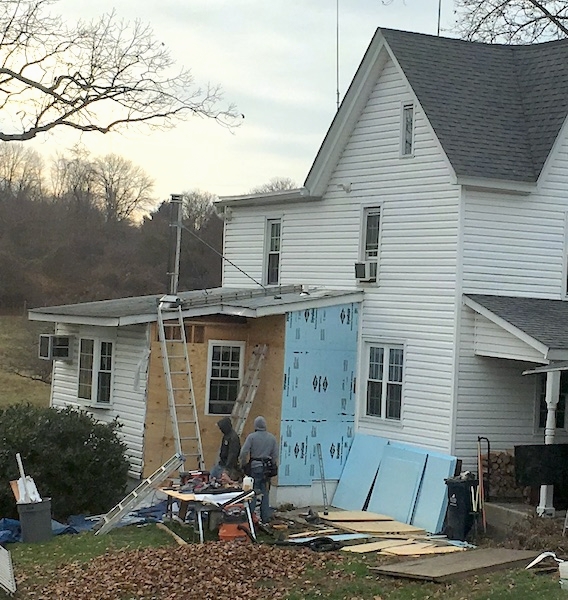 They removed the siding and all of the layers until they got to the fiberglass bats, removed them, cleaned the spun glass out of the cavity and replaced it with styrofoam. 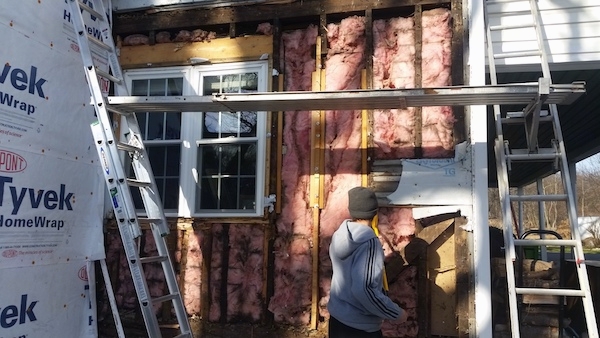 We had to make it clear to the contractors that it was important they cleaned out all of the fiberglass, and not just most of it. 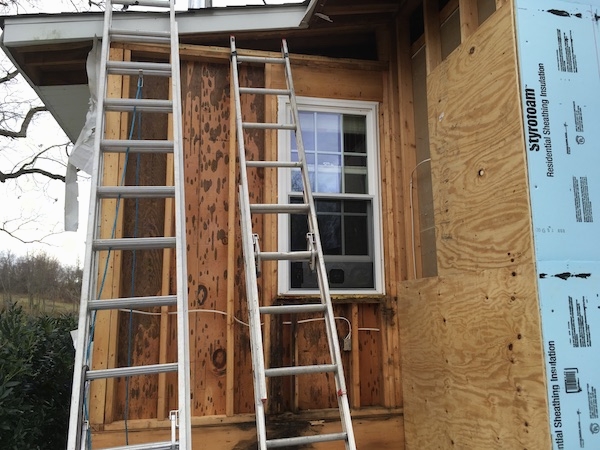 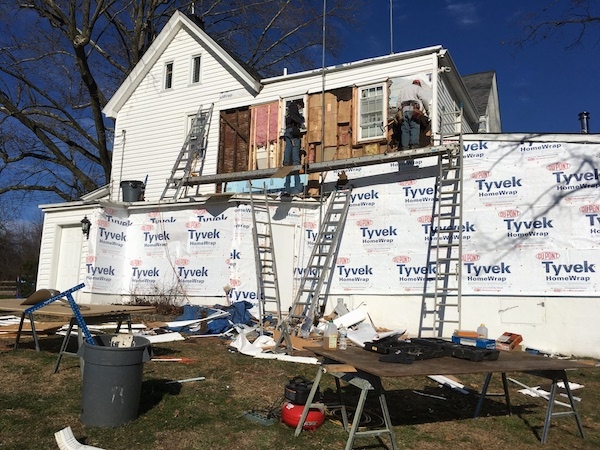 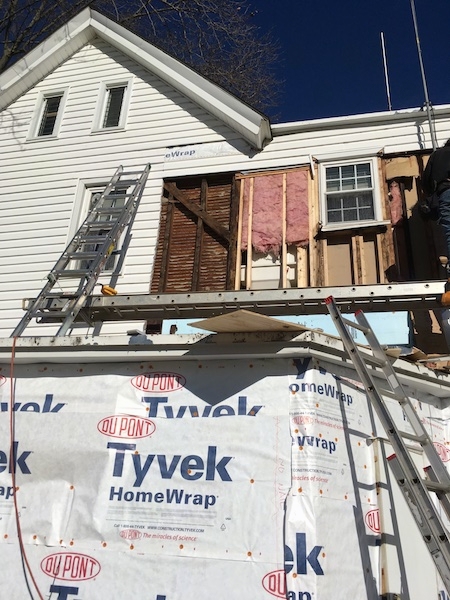 It didn't take long to figure out the pattern. The fiberglass bats seemed to end where the plaster began. It was generally only where there was drywall along with a few various odd places in the newer additions to the home like the kitchen. The original parts of the old home did not contain fiberglass unless it was added later whenever there was some type of construction. 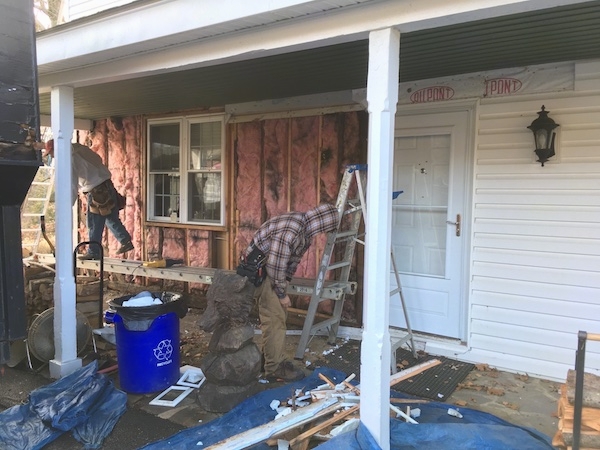 The family room walls are drywall on the inside of the house and they were lined with fiberglass insulation. It ends at the door where it switches to plaster going into the living room. 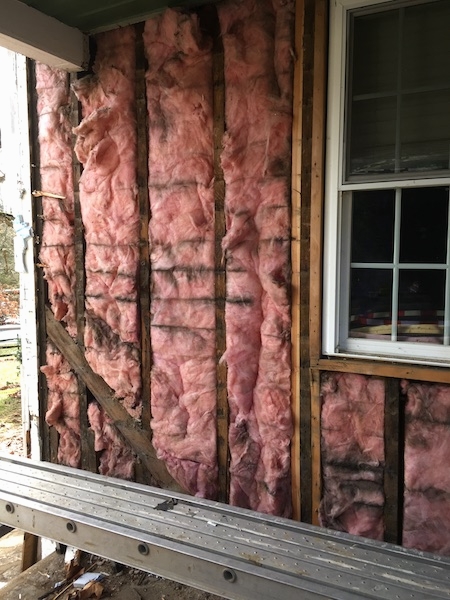 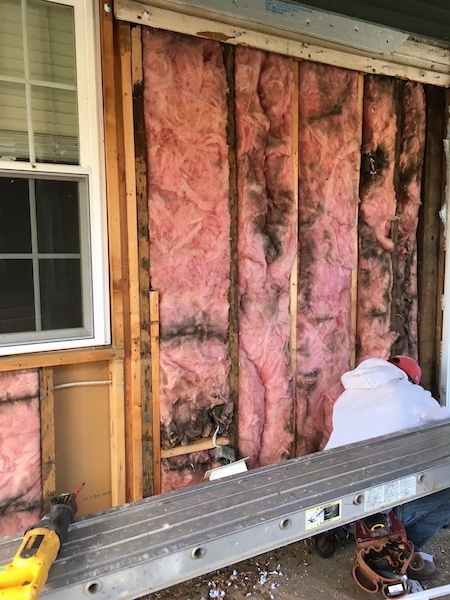 Notice how the black dirt and mold lines follow the wires. They also followed the seams in the siding showing where air flowed through the fiberglass. 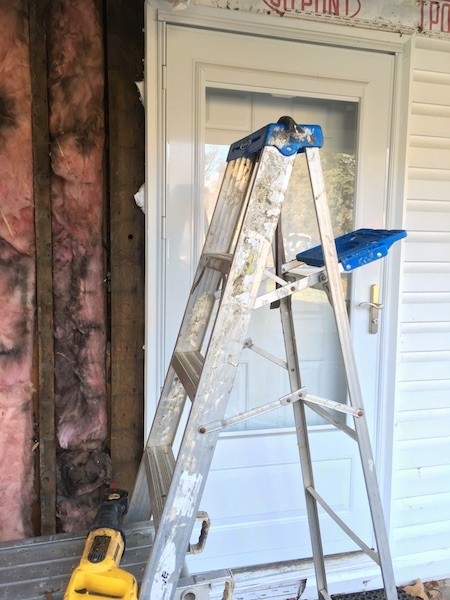 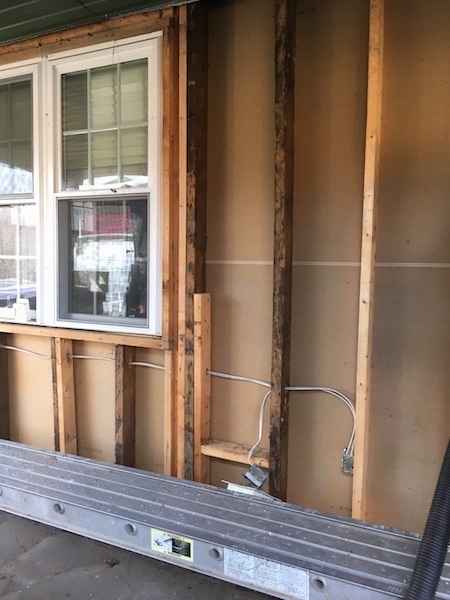 After the fiberglass has been removed and cleaned out we will replace it with styrofoam. 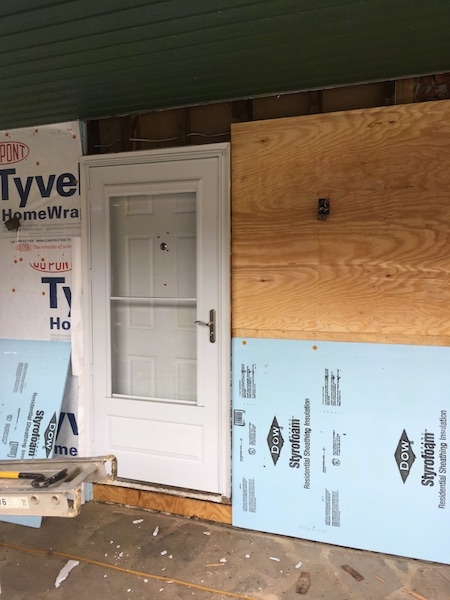 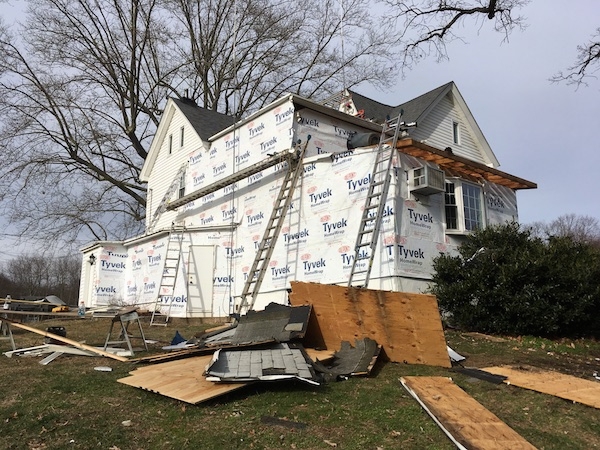 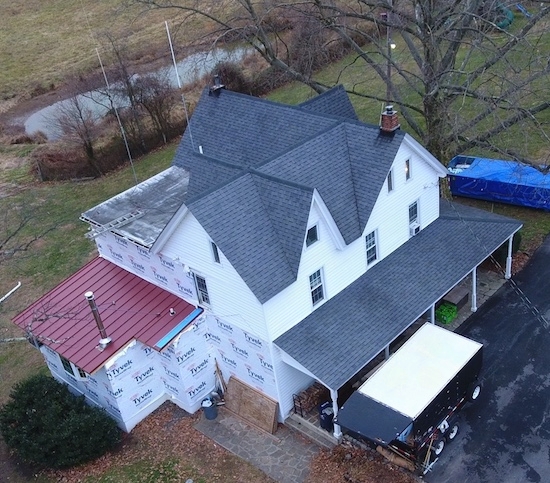 We are also replacing the fiberglass based roof shingles with red tin. 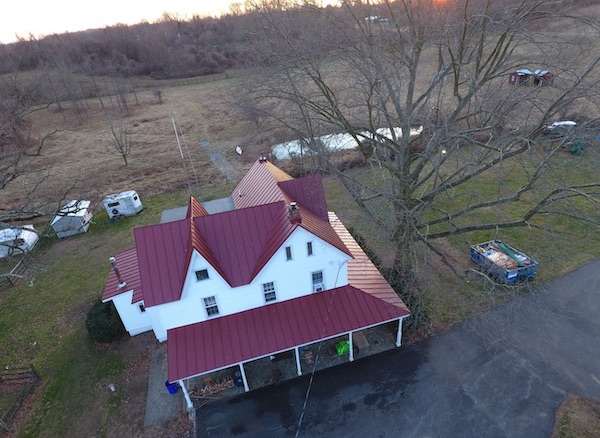 The house with the red tin roof finished. The sheds and horse lean-tos that you see in the distance also had their fiberglass shingles removed.