The small room, hall, or lobby next to the outer door of a building. 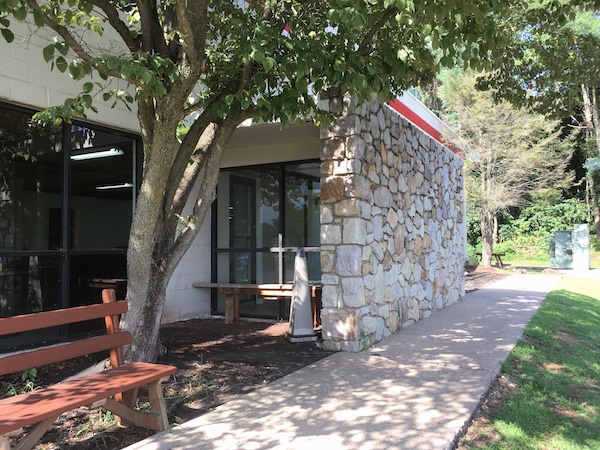 Vestibules often have some of the worst air quality. Since they are the first room you walk into when entering a building they are often loaded down with extra fiberglass insulation and are sometimes extra heated or cooled. Closest to the outdoors, they encounter more of the elements than the rest of the building. 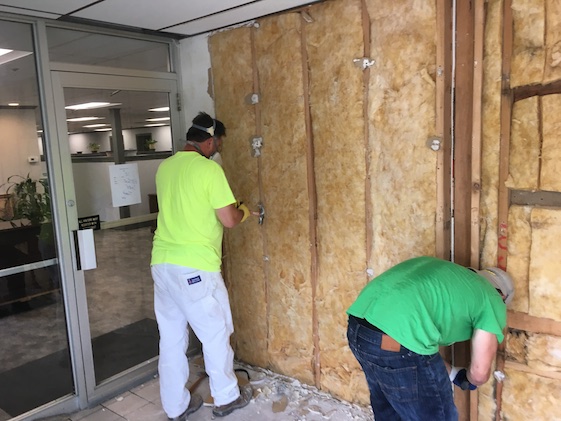 If you are activly trying to avoid breathing in bad air, inside the short walk of a vestibule is one place you may want to hold your breath. 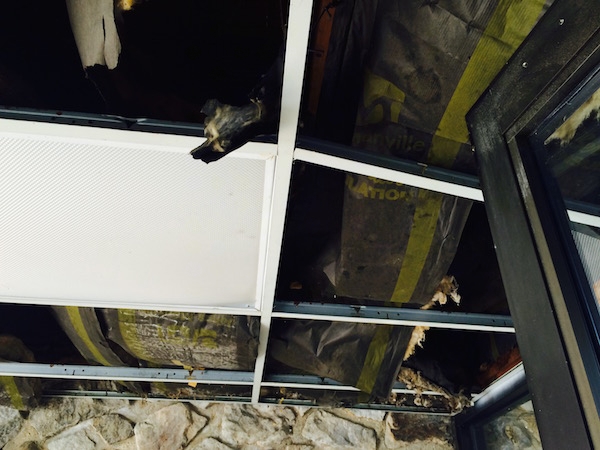 Above the ceiling panels inside of a small vestibule. It most likely was not a problem when it was first built, but decades later the building material breaks down and mold grows. 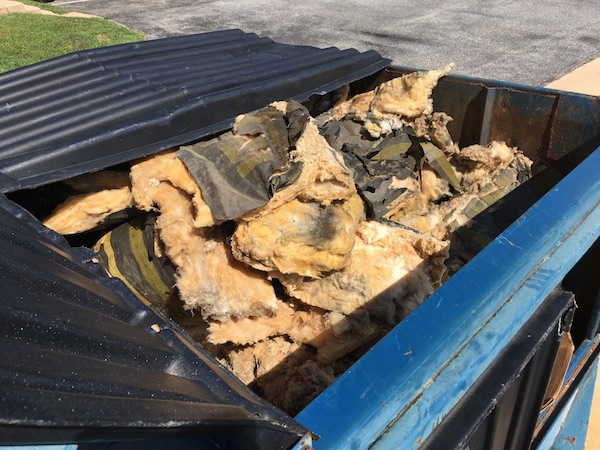 Most people could not feel it, but there were a few that stated they did not like the air inside of the room. When the issue was investigated the culprit was found. Moldy old fiberglass that was breaking down and floating around the air. 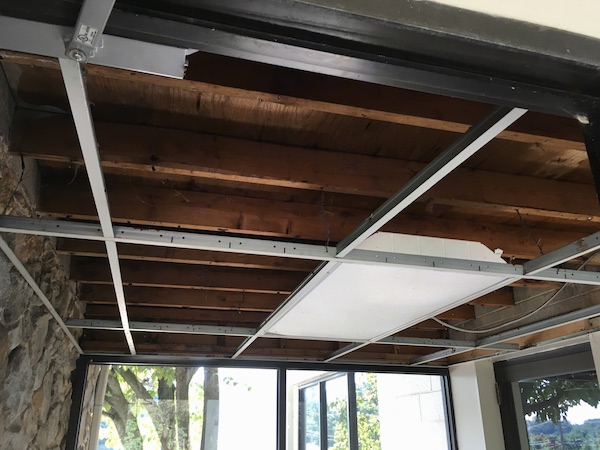 All of the fiberglass insulation was removed and new ceiling panels will go back up. New fiberglass will not be re-installed or it will only be a matter of time before the air quality problem comes back. 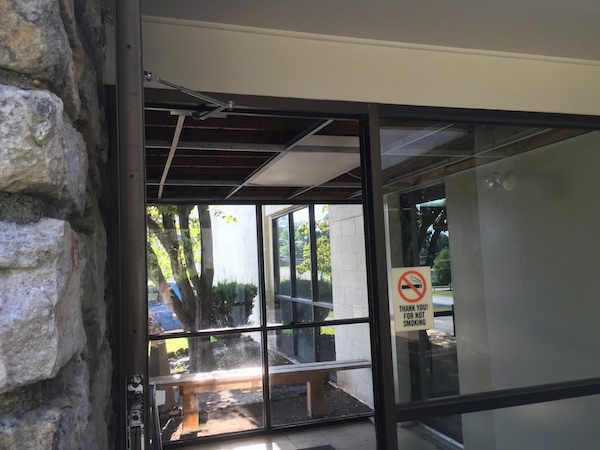 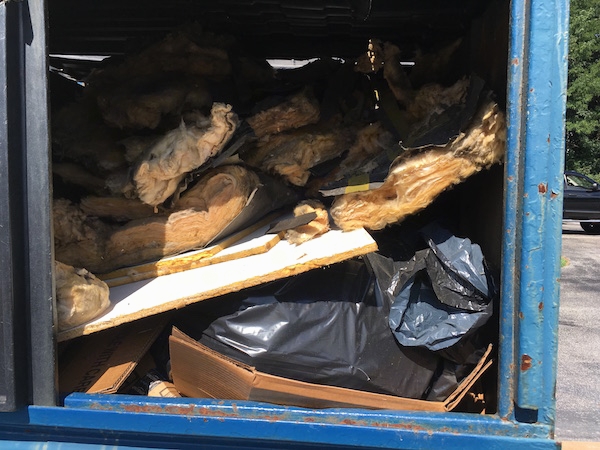 Building material removed from the vestibule.