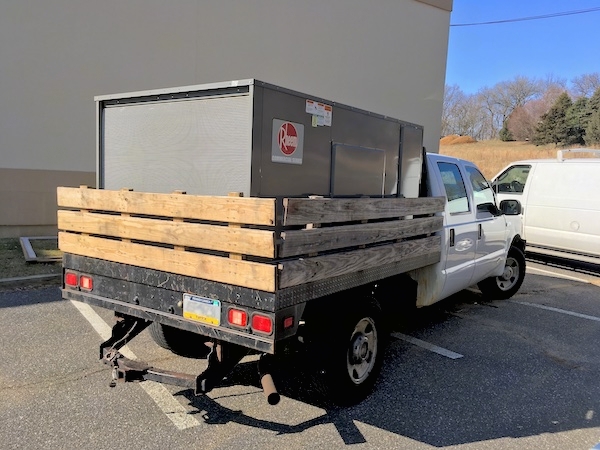 The heater had stopped working in one of the buildings and needed to be replaced. A new HVAC (heating, ventilation and air conditioning) system was ordered with a custom curb adapter to fit where the old one once was. The unit was said to be new. Since the company was dealing with sick building syndrome in some of their other buildings they decided to check the unit before crane lifting it to the roof. 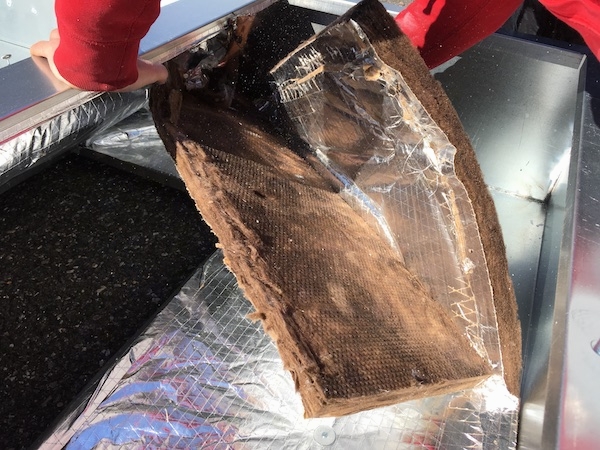 What looked to be old fiberglass was found inside the curb adapter as if the company that made the system decided to just use what they had laying around their shop. 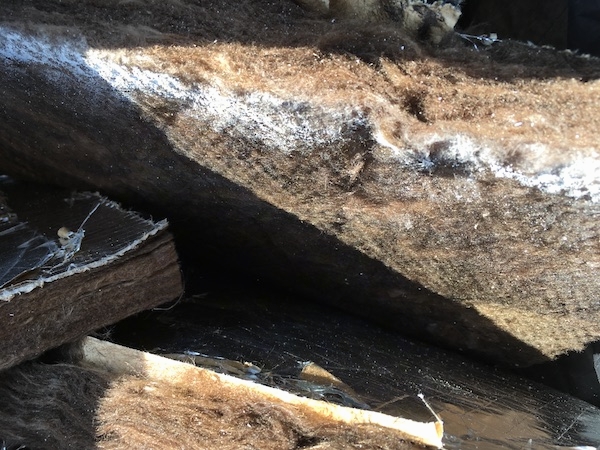 It looked discolored and moldy. 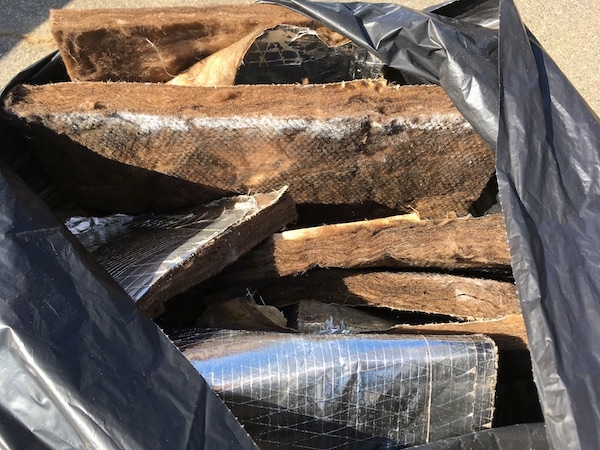 The fiberglass was removed from the system and replaced with a black rubber insulator that was not prone to break down and become airborne. Even if this was new fiberglass inside the curb adapter, it would have eventually aged, hidden away inside the unit where no one would see it. 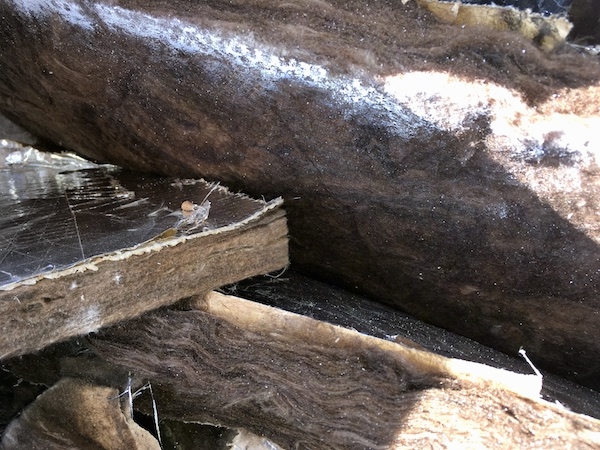 A few hours after these images were taken I went to lunch with the person who took the pictures. I had to excuse myself from the table. Every time I turned towards them my nose burned as if I was breathing in ammonia. For the rest of the day into the next morning my lungs hurt from the second hand exposure to the airborne particles.

It was also discovered that the ductwork leaving the HVAC system was lined with fiberglass on the inside where air blows past it. That will also be replaced with ductwork that is not lined with something that can be blown into the air. 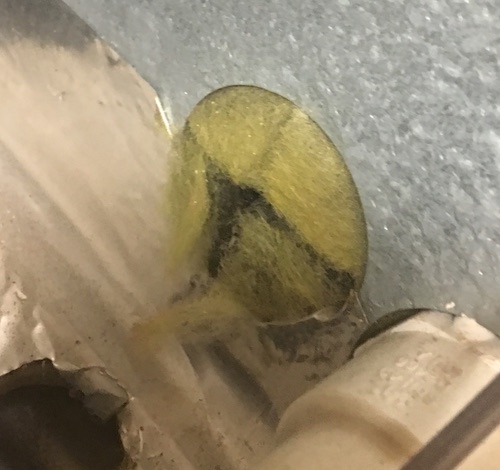 Fiberglass should never be exposed, they say. Yet it is. Look around your own home. Don’t forget to check your AC and Heater filters. 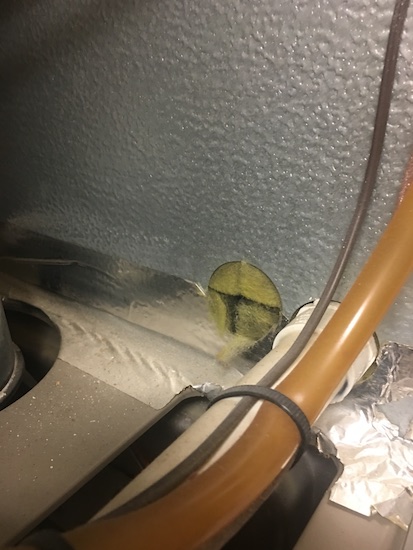 Fiberglass inside of a heater in an apartment.